Children at Hartington C of E Primary School are celebrating their success in a sponsored swim in aid of the British Heart Foundation.

15 youngsters swam for the school team and came in first place in the annual competition. They raised £1,567 for the charity’s Mending Broken Hearts appeal.

Sophie Jardine, Fundraising Manager at the British Heart Foundation, presented a certificate of congratulations and a challenge shield to the children during a school assembly on Friday 22nd January. The shield has been won for the fifth time in a row by the school – since the competition began.

The sponsored swim took place at Arc Leisure in Matlock in October – it is organised every year by John Dean who is the chairman of the charity’s Ashbourne fundraising branch.

The Hartington resident said: “I am pleased that my local school with only 16 pupils has led the way again from all other schools in the area. I am encouraged to see Fitzherbert Primary School, Fenny Bentley and Burbage Primary School who entered for the first time winning the two runner-up challenge shields. Well done to all swimmers who took part last year and to their sponsors who supported this worthwhile charity.”

Head Teacher at Hartington C of E Primary School, Tracy Blackwell added: “The children have such a great time every year during the sponsored swim. They always enjoy themselves and show fantastic sportsmanship in supporting each other to do their very best. We are all very happy to have raised such a huge amount for a very worthy cause.”

The national Mending Broken Hearts campaign aims to achieve £50 million – over half of which has already been raised – to pay for research into cardiovascular regenerative medicine, to try and repair the damage caused by a heart attack. Scientists are testing multiple approaches to try and repair and replace heart muscle damaged as the result of a heart attack.

The British Heart Foundation supports local causes too – between 1996 and 2015, the charity has donated more than 200 defibrillator machines across Derbyshire, including one stationed at the Charles Cotton Hotel in Hartington.

2016’s sponsored swim is set to take place once again at Arc Leisure in Matlock on Saturday 15th October. For more information and to get involved contact John on: dean580@btinternet.com 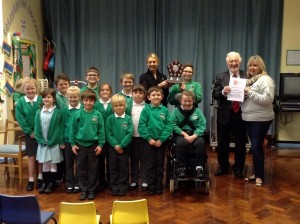 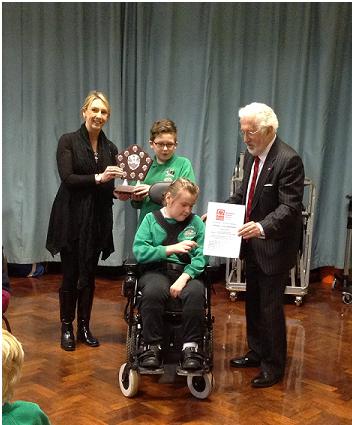