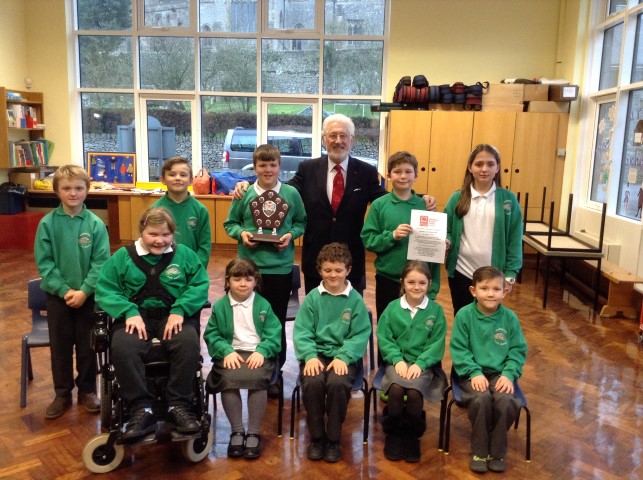 The organiser of a charity swimming competition is urging local groups, clubs and schools to get involved, and give Hartington C of E Primary School some hearty competition.

The annual Swimathon in Matlock raises funds for the British Heart Foundation (BHF) and is organised by Chairman of the charity’s Ashbourne branch, John Dean.

The Hartington resident has arranged the event for four years now after moving to the Dales from Hertfordshire, where he organised a similar activity.

John is now on the lookout for more local schools, clubs and groups to get involved. Participants can swim anything from one to 50 lengths of Arc Leisure’s swimming pool and raise sponsor money for their efforts.

Each year between two and three thousand pounds is raised for the British Heart Foundation’s Mending Broken Hearts Appeal, to enable the charity to pay for research into cardiovascular regenerative medicine. This field of medicine aims to try and repair the damage caused by a heart attack. Scientists are testing multiple approaches to try and repair and replace heart muscle damaged as the result of a heart attack.

The national campaign aims to raise £50 million, with £17 million raised so far. Hartington C of E Primary School raised over £1,110 towards that total at last year’s event.

John said: “This is such a vital appeal and I am urging local people to get behind it and support in any way they can. The swimathon event is a fun way for everyone to get involved in raising much-needed funds for the BHF.

The charity supports local causes too – between 1996 and 2015, the BHF has donated more than 200 defibrillator machines across Derbyshire, including one stationed at the Charles Cotton Hotel in Hartington. These are life-saving pieces of equipment and are fundamental in rural communities across our vast county, where waiting for an ambulance could be the difference between life and death.”

Head Teacher at Hartington School, Tracy Blackwell said: “We are always delighted to support John and the national appeal to raise important funds for a worthy charity. The children really enjoy swimming and gearing up for the competition every year, including the camaraderie about who’s going to swim the furthest! We’re looking forward to this year’s event and hope to have some healthy competition from other local schools and groups too.”

This year’s Swimathon event takes place at Arc Leisure in Matlock on Saturday 10th of October – anyone interested in finding out more and signing up, is urged to contact John on 01298 687 320 or email dean580@btinternet.com