On 10 December Hartington History Group published this book based on the diaries of John Robert Sherratt, who lived in the parish throughout his life from 1900 – 77. Illustrated by many previously-unseen photographs of Hartington and its inhabitants, John’s brief diary entries are put into context by a timeline of national and international events. There are separate fascinating features on other village personalities, buildings and institutions, creating a unique and valuable record of village life in the middle of the 20th century.

Cllr David Chapman, Deputy Chair of the Peak District National Park Authority and the local district councillor, launched the book at Hartington Village Hall on January 15 in an event attended by people from the village, the surrounding area, supporters and sponsors.

“The 22-year period covered by the diaries of John Sherratt were some of the most momentous in the mid-20th century,” said Cllr Chapman. “They covered the abdication of Edward VIII; the Second World War; the terrible winter of 1947; the opening of the Youth Hostel at Hartington and the closing of the Leek and Manifold Light Railway.”

“There are still living connections with many of these events in the village, because there are people still around with these links and knowledge,” he added.

Richard Gregory, who compiled the book, thanked all those who had contributed, especially villagers adding: “This really is your book, the community’s book, helping to retain the hold on our cultural heritage.”

A Village Life: Hartington 1933-55 (ISBN No: 978-1-5272-2541-1) is priced at £7.99 and its publication was supported by the South West Peak Landscape Partnership/Heritage Lottery Fund and Hartington Charities. All net proceeds will benefit Hartington Community Funds. Buy your copy now! 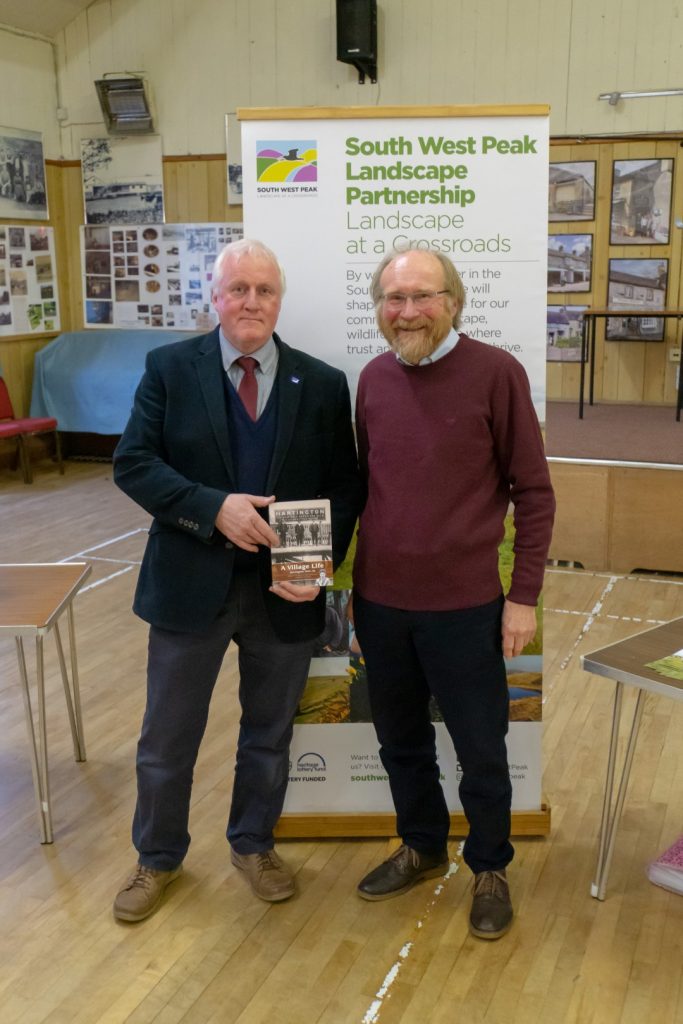